Holy smokes, it is official, folks! Award-winning actor Michael Keaton, who portrayed the vigilante superhero, Batman, during the Tim Burton era of the movies, will once again don the cape and reprise his role as the Dark Knight in the upcoming movie “The Flash,” confirmed Keaton’s talent agency, ICM Partners on April 19, 2021.

The last time Keaton’s version of Batman graced the screens was almost 29 years ago in 1992’s “Batman Returns.” The movie also featured award-winning performers Michelle Pfeiffer as Catwoman and Danny Devito as Penguin.

The 69-year-old actor first took up the mantle in the late 80s in Tim Burton’s 1989 “Batman.” The movie was the first installment of Warner Bros.’s initial Batman film series. The film grossed over $411 million, making it the third highest-grossing Batman film of all time. 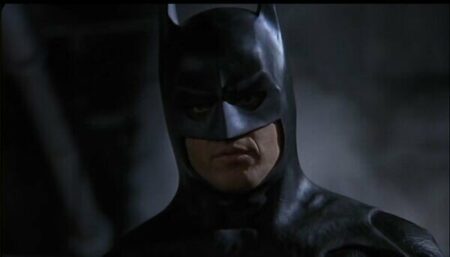 Keaton continued his portrayal of the Caped Crusader in the second installment of the series in 1992’s “Batman Returns,” also directed by Tim Burton, and later went on to gross $266.8 million.

After a shake-up in the studio led to Tim Burton being pushed out and replaced by Joel Schumacher, Keaton quit the role during the development of the third film in the series. The role later went to Val Kilmer.

In August 2020, Andy Muschietti, the director of the upcoming film “The Flash,” explained that he had big plans with a “substantial” role for Keaton’s Batman. The casting, however, seemed in jeopardy when Keaton told Deadline he was keeping tabs on the COVID-19 situation.

Ben Affleck is also reprising his role as Batman from Zack Snyder’s “Batman v Superman: Dawn of Justice.” “The Flash” will explore what Keaton’s version of Batman has been up to since he was last seen. The film is loosely based on the 2011 DC Comics crossover event “Flashpoint” — previously announced at Comic-Con 2017.

Ezra Miller’s Barry Allen travels back in time to prevent the brutal death of his mother at the hands of Eobard Thawne/Reverse-Flash. The speedster’s actions inadvertently create another universe. This alternate universe is guarded by Keaton’s Batman, who is now 30 years older since audiences last saw him. “The Flash” will be released on Nov. 4, 2022.

Entertainment Weekly: Michael Keaton confirmed to return as Batman in The Flash movie; by Nick Romano
The Wrap: Yes, Michael Keaton Really Is Playing Batman in ‘The Flash’; by Umberto Gonzalez